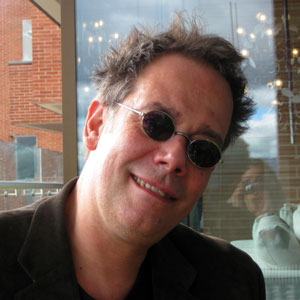 José Manuel Ciria is one of the most outstanding artists of his generation and a key figure in the heterogeneous panorama of Spanish painting of the last three decades. Since 1984 when he had his first solo show at the Ferrière gallery in Paris, Ciria has developed a broad career and has been honored with numerous awards and exhibitions. In recent years, he has gained wide international recognition through solo exhibitions in the Herzliya Contemporary Art Museum in Tel Aviv, Israel (2002), the Tretyakov State Gallery in Moscow, Russia (2004), the Polish National Museum of Poland, Warsaw (2004), the Museo de Arte Abstracto Manuel Felguérez in Zacatecas Mexico (2005), the PasquArtKunsthalle Art Center Museum in Bern, Switzerland (2005), the Museo de Arte ContemporáneoAteneo de Yucatán in Mérida, Mexico (2006), the Museo Nacional de BellasArtes de Buenos Aires, Argentina (2007), the Museo de Arte Contemporáneo, Santiago de Chile (2009) and the InstitutoValenciano de Arte Moderno (IVAM) (2010), among many other museum venues.

After his early period involved with expressionistic figuration, in the early nineties José Manuel Ciria stabilized his defining abstract poetic program, which was the dialogue between the uncontrolled flow of the stain and the rigor of geometry, and which constituted a critical redefinition of the two fundamental tools of abstract aesthetics of the 20th century. However, the artist’s interest in the diversity of iconographic registers as well as his tireless experimentation in the terrain of materials and supports would soon be added to that initial program. Out of the combination of all possibilities, and fed by a strong conceptual model, during the nineties José Manuel Ciria created numerous series whose main thematic axes were time and memory.

The new period Ciria initiated in New York in late 2005 was a new point of departure in his work that signaled a process of cooling down in his painting process using the recovery of line as a compositional armature and subsequently stabilizing an ambiguous iconography at a midway point between figuration and abstraction. In his most recent work, the artist is recovering and intensifying the two extremes of his abstract vocabulary; the stain is becoming more free, intense and dramatic, while the constructive rigor of the geometry of the ground is becoming more accentuated.

In regards to Ciria’s work, the influential American critic Donald Kuspit has said, “I would venture to say that José Manuel Ciria is a great painter. And by that I mean that he’s got complete command of his medium and his tools; paint and both the gestural and the geometric vocabulary of modernist abstraction… We can clearly see a strong element of fantasy in Ciria’s paintings, as his figures show. Perhaps he could be called an abstract illusionist, in the sense that he creates fantastic figures out of abstract elements, which are usually gestural planes that appear to be in constant movement that thus suggest a figure in the midst of a metaphoric process.”

José Manuel Ciria was born on February 3 ,1960 in Manchester of Spanish parents (Santiago and Gloria), and he stayed in England until he was eight years old when his parents decided to return to Madrid. When he was still a child, Ciria began to show a gift for drawing and painting and after attending several schools and workshops at the Círculo de BellasArtes, he entered the Fine Arts Department at the university in Madrid. In his second year at university, Ciria decided to leave school and study on his own. He was awarded the Paris Grant by the Ministry of Culture in 1994 and the Rome Grant by the Ministry of Foreign Affairs in 1995. And he was awarded a grant by the Israeli Ministry of Culture and Science in 2001 to prepare two museum exhibitions in Tel Aviv.